Current Iteration Was Built On: 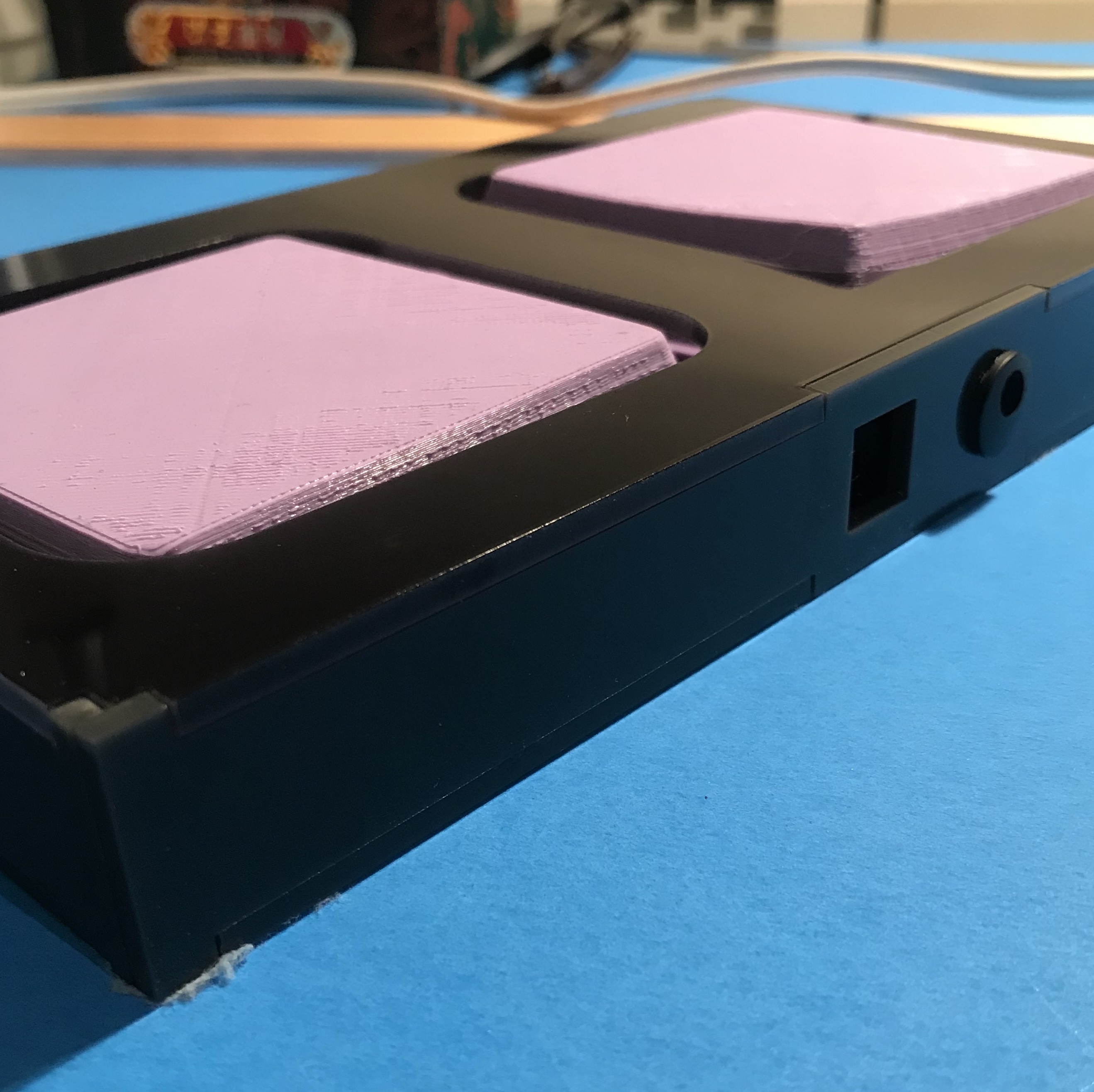 Okay. ToeCandy is a MIDI controller I designed to work as a digital DAW pedal. Let's say you want a very specific pedal sound, and you can only get that through a plug-in. Then, mid-solo, you want to sweep through one of the plug-in's knobs...or two......or three!

This project was designed to be a solution to needing more control while your hands are full. Just hook this up to your computer via a micro-usb cable and map it to anything you like inside of ProTools, Logic, Ableton or any software you use!

Under the hood, I was able to design a circuit using Autodesk's EAGLE, then carve it out on an Othermill. There are two force sensors under each pad measuring the X-direction from both your toe and yout heel. This parameter is great for things like pitch wobble. For the surface under your feet, I 3D-printed two molds, into which I poured a silicone concoction. The surface has a great, fun, ~squishy~ feel to it! To help the user see their output, I enlisted some of Adafruit's Dotstar LEDs. A meter helps the user visualize what the device is sending to their DAW and adjust accordingly. The entire housing was built out of acrylic and held together with acrylic cement.

What really got me excited was the idea of using this for more than just music. Designing a video game? Create visual art on your computer? Anything where your feet are feeling left out of the project could maybe use a ToeCandy. If you have any fun ideas for this, please let me know!